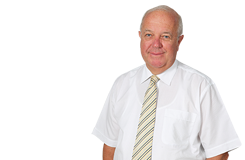 We love to hear from our customers, and have recently launched a ‘Drive One for a Week’ campaign. In these road-tests, we hear from our friends in the community on what they think of certain vehicles and the features they like or would take a little getting used to! We’re starting with putting the Prius v to the test – hear what our reviewers have

I was very excited to be picking up the new Toyota Prius v on Saturday 1 March at Phil Gilbert Toyota Five Dock.

We come from a family of Toyota drivers, so this was something I was very much looking forward to experience. I was very impressed the design of the car and about all the new features and in-built gadgets, such as keyless start, which is new to me, in-car sat navigation, Bluetooth Handsfree which are all great and useful things to have at your fingertips!

The question I asked myself is whether it would fit all the junk that comes with lugging a 2 year old around, ie. pram, toys, food containers, back pack, nappy bag, etc. And when I'm not lugging baby things around, pack my toys in - mountain & road bike, bodyboard, flippers, football gear and other stuff. To my surprise it's absolutely spacious!

From the outside it looks in between a hatch-back/family sports wagon, so the cabin space inside is very deceiving. Many friends who I showed the car to, all made the same comment. At first they didn't believe it was a 7 seater until they had a look inside. To their surprise they couldn't believe the leg room for both middle & back seat for passengers. And the fact that the back seats fold forward & lay completely flat is great to sit grocery bags and/or boxes on without them tipping to the side.

My wife and I were also able to lean our child's car seat back a little to make sleeping a little more comfortable for her. The middle seat actually leans back to different positions, which makes it a pleasure for back seat passengers.

The Prius V is a very smooth and quiet car to drive. When I started the car I was waiting for the usual motor sound, but after a few moments I wasn't hearing anything and thought that something was wrong. The salesman at Phil Gilbert Toyota Five Dock was smiling and said that the car was on. He warned me that the car is so quiet you don't even know that it's running.

Another thing that is excellent is the built in sunshades for the back seat passengers, which fit the window perfectly. If you dont want it up, its as simple as unhooking it up the top and it slides down to fit inside the door. Brilliant! On one occasion after I had purchased a bag of little toys for my 2 year old, I handed them to her to play with while I drove & suddenly heard the window open in the back, for a second my heart skipped at the thought she may toss her toys out the moving car through her window, but when I looked back & saw that the built in sunshade was up, I felt a sigh of relief. How fantastic, I don't have that option in our Toyota Corolla Ascent with it's manual winder & stick on sun shade.

My 2 year old loves to play in my car when it's parked, and already knows how to flick on the lights, the wipers & knows where to put the key to operate the car. The Prius v has a Keyless Smart Start so its very safe, as you have to put your foot down on the brake first then push the Start button to begin driving. Lucky for us, our 2yr old has a lot of growing up to do before she can do that.

The Prius v has a handy feature that projects the speed you are doing onto the windshield so you dont have to keep looking down to check your speed. And I love how you have an option of Eco or Power drive. My wife hates to drive in a rush, so she preferred the Eco mode the whole time, which saves on petrol. Like all men, if we have the option then we go for power. When I pressed the  Power button I was pleasantly surprised how much grunt it has, considering it is a hybrid car. I love anything that saves us money, and has power, so absolute thumbs up to these features.

My wife and I were not looking forward to returning the Prius v after having it for a week. My little girl also got used to walking straight to the Prius v, while completely ignoring our car. I asked a salesmen to find out how much it cost as it is a car we could consider upgrading to.

I would like to thank Phil Gilbert Toyota for allowing us to test drive the Prius v for a week, which gave a whole new meaning to the words 'test drive'. It was a such a pleasure to drive.

Book a Prius v Test Drive Online
Back to Events