Call Us Locations Menu
LEARN HOW TO GET YOUR TOYOTA PERSONALISED REPAYMENTS IN 3 SIMPLE STEPS!
Click Here 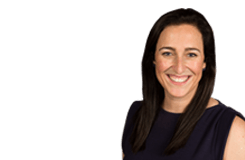 Owners of Toyota Hybrids to Save Millions Australian motorists who bought a Toyota hybrid vehicle last year are expected to make combined savings of more than $11 million and prevent almost 20,000 tonnes of carbon dioxide (CO2) entering the atmosphere during 20201.

Toyota's Vice President Sales and Marketing Sean Hanley said these financial and environmental savings were available over the next 12 months to owners of the 27,846 Toyota hybrid vehicles sold in 2019.

Mr Hanley said the calculations were based on official fuel-consumption and emissions data from the Australian Design Rules and Australian Bureau of Statistics figures, showing Australian cars travel an average of 12,600km a year.

"Based on an average fuel price of just over $1.42 per litre, this will allow the owners to keep more than $11 million in their pockets while reducing CO2 tailpipe emissions by in excess of 20,000 tonnes," he said.

"Even better, if those customers continue to drive the same distance in their Toyota hybrids each year throughout the five-year Toyota Warranty Advantage period, they stand to save more than 40 million litres of fossil fuel worth an estimated $55 million.

"While these figures are impressive, the real savings are much larger because we have been selling hybrid vehicles in Australia since 2001 - a total of more than 120,000 to the end of last year.

"Even a single customer, driving today's Camry Hybrid Ascent Sport for one year, could keep approximately $560 a year in their pocket and reduce their CO2 output by more than a tonne when compared with driving an equivalent petrol model."

While Corolla topped the sales totals, RAV4 - which was launched in May - achieved a higher monthly selling rate for its hybrid variants (926 v 883).

Camry has the highest number of hybrids on Australian roads with more than 60,000 vehicles sold since 2010.

Toyota has recently introduced hybrid variants of Corolla sedan and C-HR, with Yaris to follow before mid-2020.